During the closing ceremony of the 5th edition of Spanish Festival Márgenes, the members of the jury: Vanesa Fernández (researcher and teacher), Cecilia Barriga (filmmaker) y Álex Apóstol (artist) decided to award the film “You and Me” with the CineArte Exhibition Prize for its “elegant account between a patron and her maid, where we find the unresolved conflicts of class struggle, beauty, tension and silence”. Oriol’s parents, Paquita Martos and Josep Estrada attended the ceremony and received the award on behalf of Oriol and Natalia, who are currently working on their next project “A Place of Places”, winner of the DOCTV Latin American Grant. The CineArte Exhibition Award consists on the commercial release of the film in Spain in over 16 movie theaters. 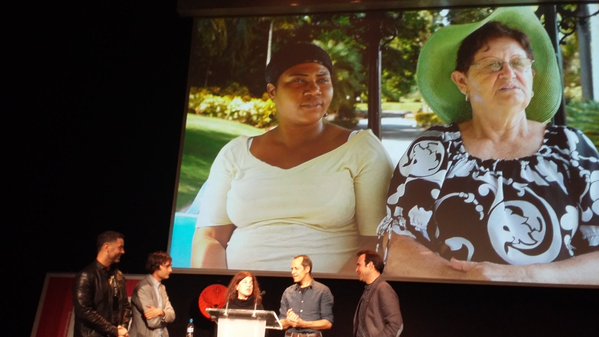